The Ballerina Project blog has moved.....

A morning in the East Village 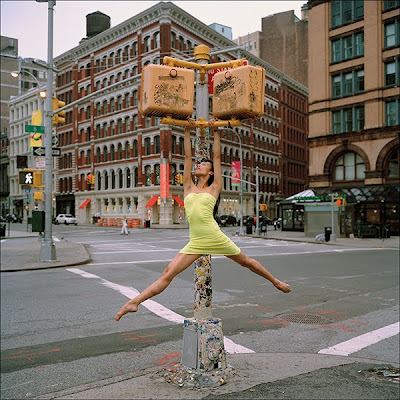 Dane – Alex and I created this image early one morning in the St. Marks and Astor Place area in the East Village. Even at 6 am there was still a number of people in the area that morning. I remember a group of people watching us while we took this image in particular before they entered the uptown 6 Train station.


Alex - This was the summer I rediscovered my obsession with one of my favorite musicians, PJ Harvey. I admired how her music gathered juxtapositions of both aggressive and soft characteristics that inexplicably fused into harmony. That essentially was the way I interpreted the Ballerina Project images, resulting in the two pairing seamlessly in my head. Although it was an early shoot on a Sunday (I also only had two hours of sleep the night before due to excitement and anticipation), my mind managed to create an invisible set of earphones that replayed PJ Harvey's "Black Hearted Love" on full blast, giving me boosts of adrenaline throughout the morning. I also just returned from several outdoor rock climbing trips with my fiancé and his best friend, giving me an uncontrolled desire to climb everything! I knew the instant I saw that pedestrian traffic light that I had to freely hang from it some way or another in order to make me fully express the way I was feeling that morning: refreshed, content, and inspired by the surroundings. In addition to that freedom, this was probably one of my favorite shots also because it gave me an excuse to climb random inanimate street objects in NYC without getting in trouble!
Posted by ballerinaproject at 11:11 AM 28 comments:

Dancing in the rain 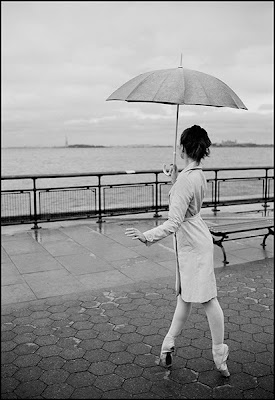 Dancing in the rain
Violeta and I created this image on a rainy day in Battery Park. We had the idea of doing a shoot on a rainy day to help give more drama and effect. The idea in principle seemed simple but the practice of photographing in rain is never quite as easy as it sounds. We had attempted to shoot the day before but the forecast for rain let us down. Luckily on this day we got our rain. By the time this image was taken we were both completely soaked and cold. To top things off we had earlier made a deal with the Battery Garden restaurant manager to store our bags there while we shot in the rain. In exchange Violeta would have to dance ballet for them on our return but we felt it was a small sacrifice to make for dry bags.  When we came back to collect our bags Violeta honored our agreement and did a 30 second improvised ballet solo. It was very unique sight to see.
Battery Park is located on the southern tip of Manhattan and has a great view of the Statue of Liberty. Here is some information on Battery Park: http://www.nycgovparks.org/parks/batterypark
Posted by ballerinaproject at 11:03 AM 13 comments: 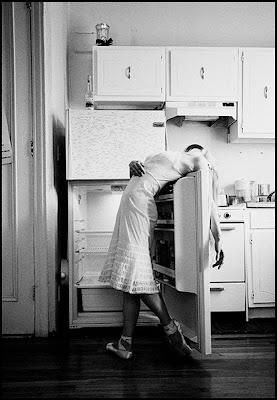 Amelia and I created this image in her Washington Heights apartment. Feedback to this image has been mostly focused around eating disorders within the dance world. To be quite honest when Amelia and I created this image it was based upon the poverty associated with being an artist.  Amelia’s refrigerator happened to be empty and we had a conversation of the monetary sacrifices we each made to our art. This image was a product of that exchange.
Posted by ballerinaproject at 11:57 AM 5 comments: 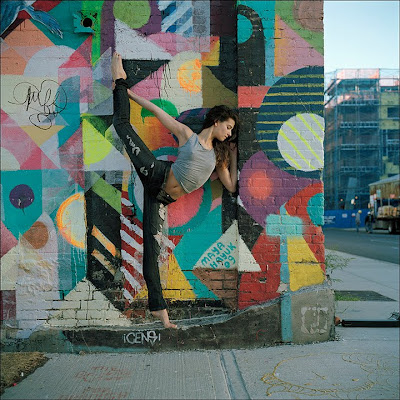 Dane – Kate and I created this image on a sunny spring morning in Williamsburg, Brooklyn.  I gave little direction for this series of images and only presented a stage to perform on.  I wanted for Kate to be herself.

Kate - I feel fortunate to have taken a very insightful lesson from this particular shot—often times, the simplest approach yields the most powerful results.
Ironically enough, this was taken on my very first shoot with Dane. For this reason, I had no preconceived notion of what I should look like or even feel.  This clean palate to work in produced a fresh and unique look. Rather than thinking of the attitude pose as a means of stretching or line, I attempted to form an architectural design relatable to the graffiti, as it had such a vibrant energy about it.
An eariy morning Williamsburg excursion showed me that letting go and giving in allows me to engage a new dimension to my craft.
Posted by ballerinaproject at 9:52 AM 4 comments:

A platform for dance 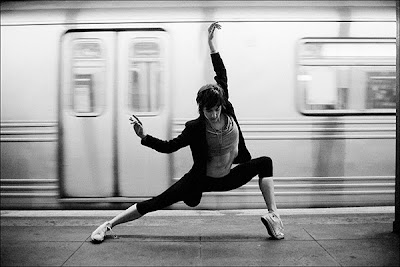 I created this image with Brittany earlier this year at 14th Street F & V subway platform in New York City.  It was February so it was still very chilly within the subway station. The shoot only lasted for about 40 minutes but we captured this image at the very end.
Posted by ballerinaproject at 10:42 AM 8 comments: 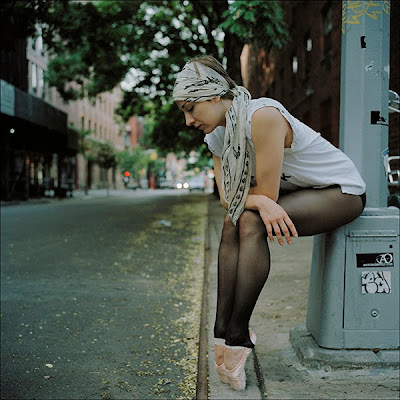 This image of Simone was created on a summer morning in Soho. I personally prefer the quiet and reflective images of the project opposed to ones that showcase a dancers facility, flexibility and form. Because the medium of the project is still photography I see it most important to capture the dancer and not dance.
Posted by ballerinaproject at 10:37 AM 6 comments:

Promote Your Page Too